Social Media 101 for the Independent CSP

Social media is inescapable part of our lives today both personally and professionally.  People, aka subscribers, spend a lot of time on social media. “Gramming” their lunch plate on Instagram. Tweeting their political views on Twitter. Sharing cat videos on Facebook. Posting inspirational quotes on LinkedIn. Snapping whatever you snap on Snapchat. Users have figured out how they want to socialize online, but how does a communications company communicate on social media?

One might be tempted to try to cover all their bases and go with: “Let’s do all the social media!” While it may seem prudent to an extent, there is the issue of bandwidth. (We like that word.) How much time do you have to post, monitor and engage on all 150,000 social platforms? That may be an exaggeration, or maybe not. 😉 Three new platforms where probably launched while you read the last sentence. All that to say … you have to be realistic about the time it takes to “do social” effectively.

Doing all the social media is not a possibility, but doing none is not the way to go either. We’ll focus three platforms to better engage subscribers: Facebook, Instagram and Twitter. A word of caution, you still may find it difficult to sufficiently keep up with three. No shame if you stick with one or two and do them really well. More often than not your users will be on one of these platforms. The trick is to not get lost in the noise of everything else happening in someone’s feed.

Facebook is currently the 800 lb gorilla of social media and has been for some time. Not to say it will always be that way. Social platforms come and go more quickly than soccer player hairstyles. A marketing strategy that includes Facebook is a well rounded one. Facebook has 1.8 billion active users throughout the world and 214 million in the United States. If you only can handle one social media account, this is a good place to start. The people are there!

As the business side of Facebook has become more prominent, the ability to be seen by your followers has become more difficult. An individual’s feed has many potential sources of information, and there’s only so much screen space to occupy. The algorithms that are in place show each person content based on the history of interaction with friends, brands and companies. If a person has never interacted with one of your company’s posts there is very little chance they will see your future content. Likes and shares will help a singular post get more visibility but it can also effect how much your next post will be seen.

Getting seen on Facebook organically means devising creative, interactive and helpful posts that will compel your followers to engage. Incorporating photos, videos and personality are a must in order to hit it off with your subscribers. The content you post has to grab attention and give reason for a viewer to like or share. A share is the optimal action you want a Facebook user to take. Don’t be afraid to come right out and ask for shares!

Another way to be seen, is Facebook Ad campaigns. That is the case with nearly every social platform today. You can get in front of your ideal customer immediately if done correctly. That’s another article altogether.

In 2012, Instagram was purchased by Facebook. You can choose to utilize one without the other, but there is natural integration between the two. Managing Instagram is a more simple prospect. It is primarily driven by original photos and videos (standard or live). Third-party apps give you the option to “repost” someone else’s post, but for the most part users and brands post their own content.

Is there really instant gratification? Its easier, let’s say that. Instagram only works on a phone, at least when it is time to post. The post feed and profiles can be viewed on a desktop computer but Instagram has never opened up posting beyond a smartphone. This streamlines the platform both in how it is viewed and what images, graphics and videos are being shared.

Early on Instagram posts were only viewable in chronological order. Now it is similar to Facebook: accounts you interact with more or that are more popular will show up first. How much your content shows up on someone else’s feed is dictated by their habits and the number of accounts they follow. So, we are back to the necessity of posting things that people care about.

Another instant feature that can help you be more visible is the use of hashtags (#sharethispost). Most social platforms incorporate them, but not all are created equal. Using a hashtag allows you to connect with others that have similar interests or that are looking for something in particular. If you were to use one on Facebook, the interaction would be minimal at best, but Instagram has a more active hashtag community. It’s a great way to connect with others quickly.

Tweety Bird is not going to play a big role in your Twitter strategy, but it is all about tweeting. Frequency is the primary difference when comparing Facebook and Instagram with Twitter. One or two posts a day will suffice for those platforms, while Twitter requires a more constant stream of content. There are different thoughts on how many to post per day, but five to seven tweets is a good goal to shoot for.

You may think you don’t have that much to say or that you don’t have the time to actually crack open the app that often. That’s probably true. What is also true is that if you choose to tweet you have to be consistent. It’s not all up to you! Original content and updates are essential, but you can also share other people’s content regularly.

“But I don’t won’t to share that much!” This is where apps like Buffer, Hootsuite and MeetEdgar become very important. These tools give you the flexibility of automation to help manage your Twitter account. They can also be used to manage your other social profiles. It is not a hands off solution. You will still need to plan content calendars and schedule, but it significantly cuts down on time invested.

It also does not replace good, old-fashioned computer to computer conversations where you actually open up Twitter. Someone should log on at least once a day to review any activity on your account and interact with other users. Did you get any retweets or likes? Send out some thank-yous. Answer questions or concerns. Find content you can like or retweet. It’s part of being in the Twitter ecosystem. Be friendly and helpful!

Social media can be a very rewarding exercise if done correctly. For instance, interactions on Facebook influence more than 50% of consumer’s online and offline purchases and 71% of consumers who have had a good social media service experience are likely to recommend that brand to others! It’s a great opportunity to meet the subscriber where they are … goofing off at work on their cell phone. 🙂

More questions about how you can leverage social media as a CSP? Give us a call to set up a no obligation discovery call. We would love to chat. Comment below if you have any insight, as well! 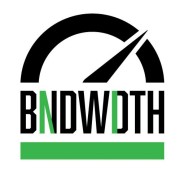